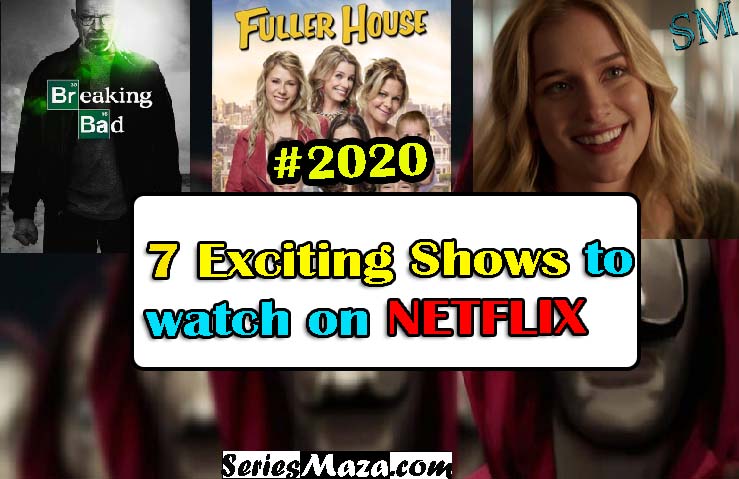 Hey guys, what’s up and welcome back to another Article on SeriesMaza.

As the binge-watching season surges among the masses, a new month brings a batch of enticing TV shows including quirky comedies, thrillers and provocative documentaries on streaming and cable television.

Following lockdowns, shutdowns and social distancing guidelines in practice, the first month of summer is evidently different in 2020.

However, even if you’re unable to go outside, you can still spend June in an interesting way.

With numerous new releases on Netflix, the hit global streaming service, alongside the launch of HBO max, there are more shows to stream than ever.

Even if you can’t hit the beach or pool, the newly released binge-worthy TV series will be an excellent entertainment option at home.

Before the heat of the summer really sets in, now’s the time to look into these seven exciting shows to observe in 2020 that you simply won’t be conversant in UNTIL NOW!

But before we begin, make sure you subscribe to the Newsletter and hit the bell icon so that you don’t miss out on anything!

As the second part of the fifth and final season releases on June 2nd, fans are thrilled to join the Tanner clan on their adventures for one last time.

Since its arrival in 2016, we’ve seen several exciting seasons of Fuller House.

Debuting on Netflix due to the great fanfare, Fuller House features the original cast of the 80’s and early 90’s family-centric sitcom, Full House.

The sequel spin-off continues the story of the Tanner clan, satisfying the show’s old and new fan base.

Highlighting the lives of Danny Tanner’s two grown-up daughters, DJ Tanner (played by Candace Cameron-Bure) and Stephanie Tanner (Jodie Sweetin) alongside their childhood friend and neighbor, Kimmy Gibbler (Andrea Barber), the show allows the fans to go on a fun ride with the Tanner family once again.

Since its premier, the cast has grown larger as the three girls and their separate families are assigned their own story arcs.

As all three girls are soon to get married, the she-wolf pack is ready to enjoy the wedding preparations together.

With the triple wedding, it’s safe to say that the final nine episodes contain a major pilot point which is obviously a treat for Full House fans.

If you’re in the mood for laughs, the Fuller House is definitely a must-watch.

Sci-Fi and horror fiction fans would definitely love this one.

Within its first month of release, the show earned averaged ratings around 14.01 million adults in the US and was titled the third most-watched TV show on the worldwide streaming network, after the first season of ‘Fuller House’ and the fourth season of ‘Orange is the New Black.’

With its season three that released in 2019 and consisted of eight episodes, Stranger Things officially broke Netflix records with almost 40 million households having watched the season within the first four days of its release.

The story revolves around a 1980’s Indiana setting consisting of a group of young friends who witness supernatural forces and keep looking for answers.

The thrilling mysteries that are unraveled on the show are just one of the few aspects of the plot that keep the viewers hooked to their screens and at the edge of their seats.

Considering how Stranger Things attained a dedicated fan base soon after its release, the thriller is something you don’t want to miss.

Being a bookstore manager, he crosses paths with an aspiring female writer and soon realizes that his ordinary crush has turned into something sinister, which is in fact a toxic and delusional obsession.

As Joe continues to make attempts to get closer to her, he’s determined to remove every obstacle in his way, including people.

The lead role is brilliantly played by actor and musician, Penn Badgley, who became widely known for his role as Dan Humphrey in CW’s teen drama series, Gossip Girl, which aired from 2007 till 2012.

As the mystery behind Joe’s slightly scary personality unravels, fans are enticed to learn shocking yet thrilling truths.

With over forty-three million views after the release of ‘You’ season one on Netflix; the show successfully attracted a wide audience.

According to Netflix’s official announcement in January 2020, the second season was viewed by over fifty four million viewers within the first month of its release.

Currently stands as Netflix’s single most popular global hit and the most watched foreign show on the streaming service.

The Spanish thriller revolves around two long-prepared robberies led by the Professor and his gang, one on the Royal Mint of Spain and another on the Bank of Spain.

Originally aired on the Spanish network Antena 3, the show hadn’t become globally unmissable until Netflix attained streaming rights and released the re-cut version of the series during late 2017.

April 3rd, 2020, the show has once again sparked a noticeable wave of enthusiasm among the fans.

With its gripping storyline and thrilling plot, Money Heist has surely entered the deepest vaults of the viewers’ minds.

For four seasons, the serialized show has implacably left its mark among the viewers, due to its jaw-dropping action, thrilling plot twists, suspenseful tension and enough adrenaline to fuel an army.

Make sure you don’t miss this full-throttle thriller.

Since its original release in September 2013, the British period crime drama ‘Peaky Blinders’ became a cult sensation during its very first season.

Created by Steven Knight, the series brings cinema-quality visuals and excellent acting to the genre and takes the viewers back in crime to the year 1919.

Set in Birmingham, England, the series revolves around a gang of criminals called Peaky Blinders, that’s led by the fierce and cunning boss, Tommy Shelby, a member of the Shelby family whose criminal activities arose to a noticeable level following the First World War. The show features an era and location that’s rarely given enough screen time.

Considering how the British series boasts well-written characters and a gripping crime plot, it’s safe to say that it remains one of TV’s most visually thrilling endeavors.

Moreover, the historical fiction series took home the BAFTA TV award for the Best Drama Series in 2018 and earned itself an IMDb rating of 8.8/10.

Winning a total of sixteen Emmy Awards, the American neo-western crime drama ‘Breaking Bad’ first hit the screens on the AMC Network and aired from January 2008 to September 2013.

It wasn’t until the fourth season premiere when the show was officially made available on Netflix, after which it became one of the most watched TV shows on American television.

Throughout the five seasons consisting of sixty-two episodes in total, the show earned itself quality viewership and continued earning praises from the critics as well.

The story focuses on an underemployed high school chemistry teacher, Walter White, played by Bryan Cranston, who received numerous awards for his impeccable acting in the series, including four Best Actor Emmys.

While struggling with his sudden shocking diagnosis of stage-three lung cancer, Walter teams up with his former student, Jesse Pinkman. As he attempts to secure his family’s finances before he passes away, the chemistry professor finds himself manufacturing and selling crystal meth.

However, putting his knowledge to a slightly different use doesn’t come without a price, as Walter is compelled to enter the criminal underworld.

The top-notch story line along with the award-winning performances by the cast surely makes Breaking Bad one of the best Netflix shows you can find.

Based on a true crime-book, the crime thriller web series ‘Mind Hunter’ debuted globally on Netflix in 2017 while the second season was released in 2019.

The perfectly interwoven story revolves around the psychology of murderers. The remarkable acting and grasping plot makes the show one of the very best on Netflix.

The three work together while interviewing incarcerated culprits and serial killers, to get a deeper understanding on how the criminal mind works so that they can utilize this knowledge to crack present and future cases.

Considering how utterly absorbing the seasons are, we’re sure you’ll be shouting at the TV as the two agents apply their newly-founded techniques to resolve crime mysteries and catch active killers.

With these picks including massive hits, you won’t have to sift through a million TV series options anymore.

Get ready to binge-watch these seven shows that are worth your time. Well, this brings us to the end of the Article, hope you guys enjoyed it.

If you haven’t Subscribed our Newsletter yet so it’s never too late, give it a thumbs up people.

We will see you soon in another Article, until then take care and goodbye! 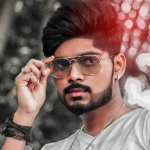 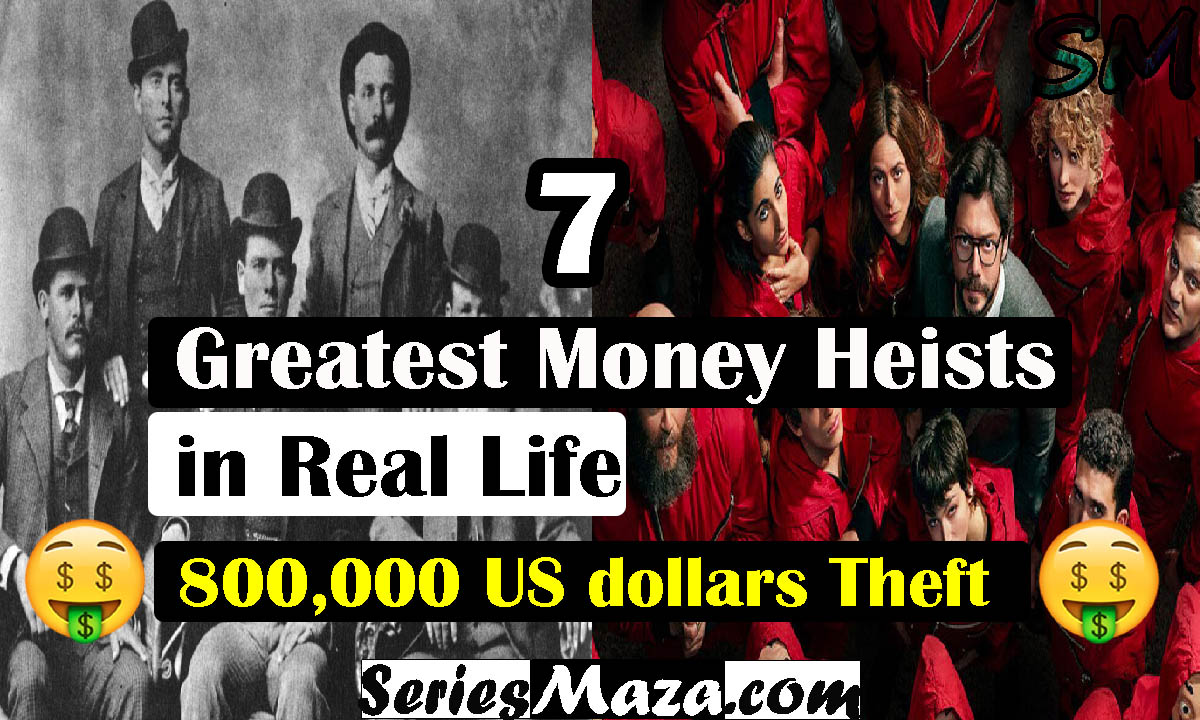 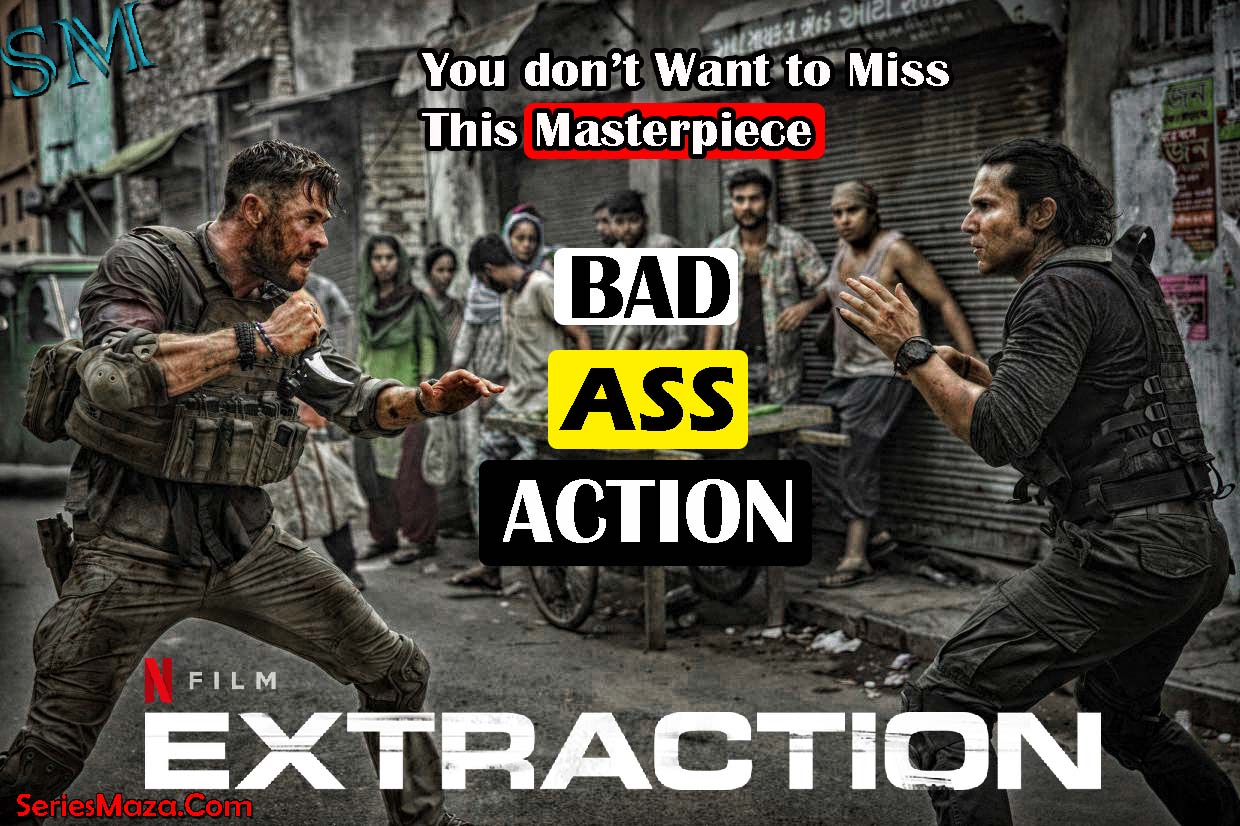 The Extraction | Netflix | You don’t Want to Miss